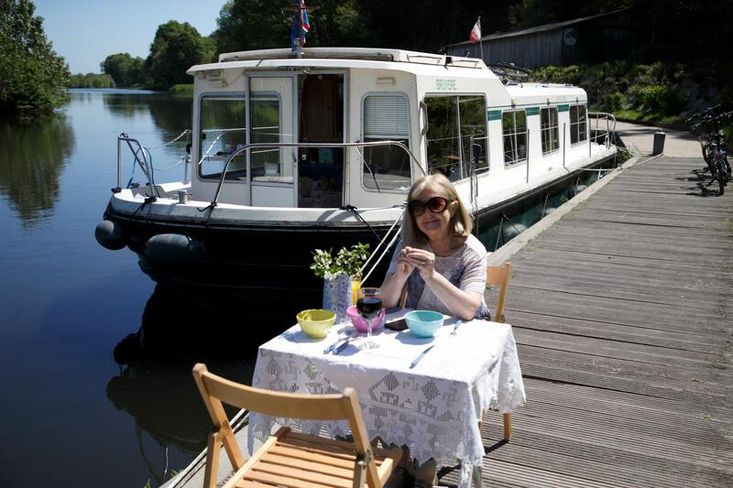 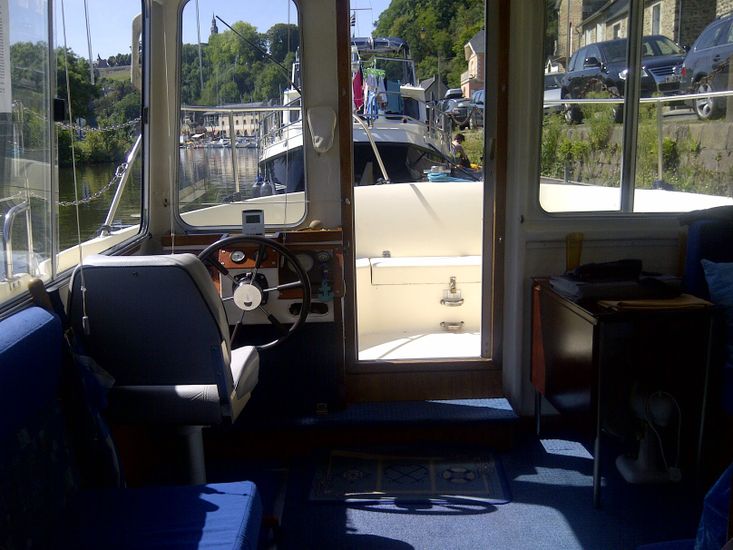 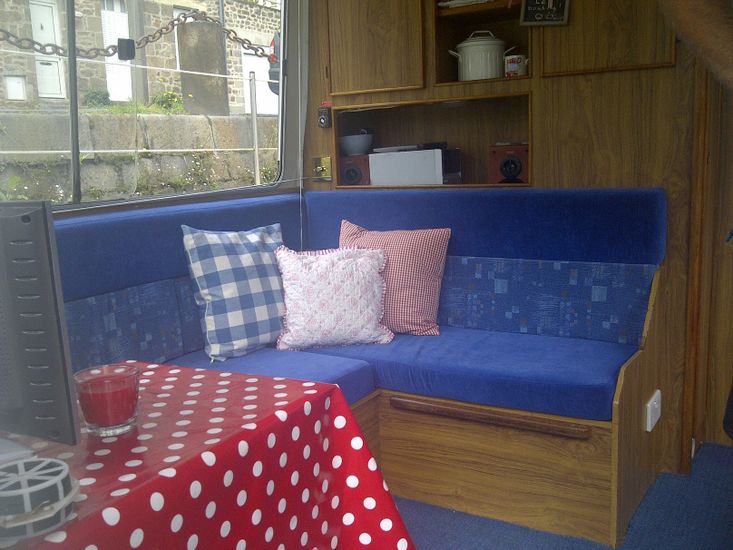 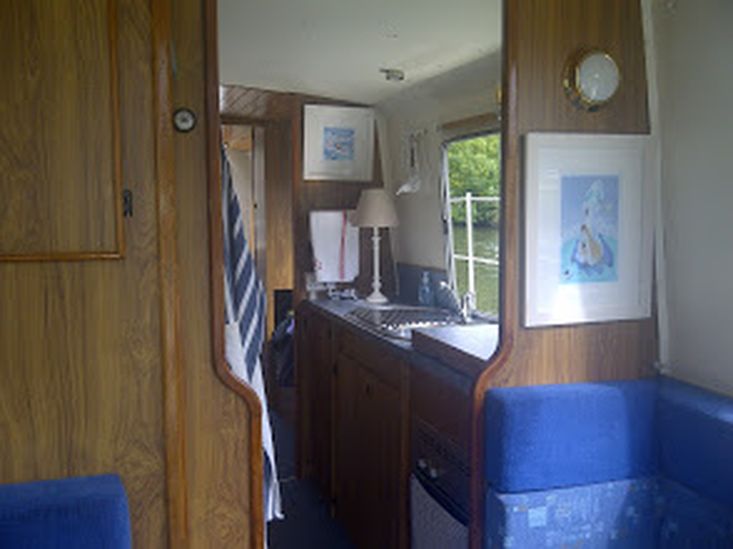 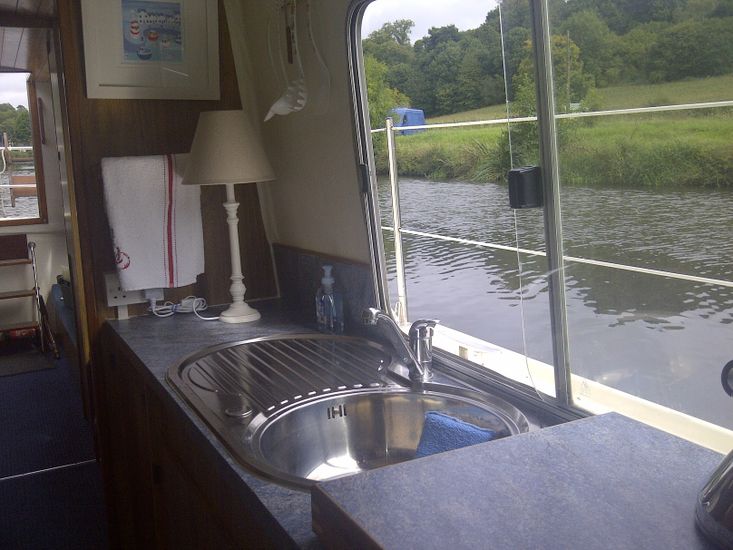 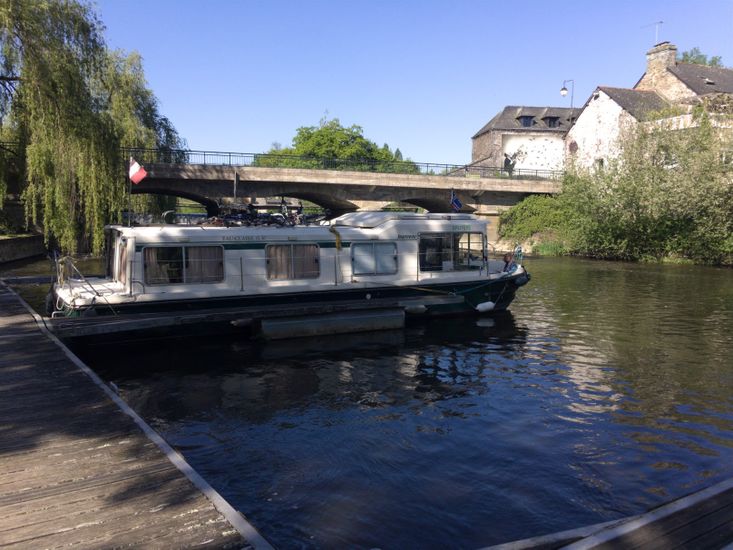 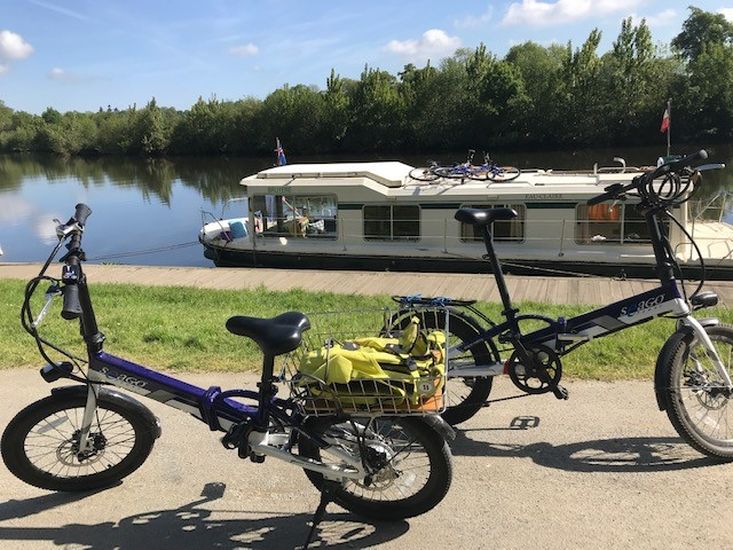 Bruyere is a Jeanneau Eau Claire 1130 Canal/River/Houseboat. Built in 1987
She is an extremely comfortable and reliable boat. She has a Mitsubishi Vetus 42hp Diesel engine which is not only exceptionally reliable, but very frugal as well.
She can sleep up to 8 people in 2 double cabins and a convertible saloon, she also has 2 extra single berths.
She has a comfortable front terrace with a table, but she also has a very large sliding sunroof that that makes the saloon an inside out space.
She had a new hot air Trumatic gas central heating fitted in 2015, allowing extended use in shoulder months.
She also had a new gear box fitted at the same time.
In 2015 she was lifted out and her whole hull sanded down and antifouled and painted.
She is moored in Redon, Brittany, which not only gives a wide range of cruising possibilities, because Redon is on the crossing of the Vilane River and the Nantes to Brest Canal. This not only makes 4 cruising directions possible, but also allows extended use of the boat down to Roche Bernard and Arzal on the Vilane River after the Canals close.

Boats for sale
by continent

Boats for sale
by country